City of Glasgow Roll of Honour 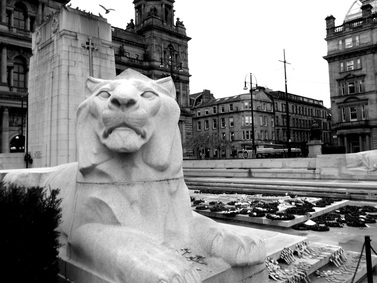 The Scottish Military Research Group is proud to have transcribed and published the First and Second World War Rolls of Honour for the City of Glasgow.

Original copies of both Rolls can be viewed in the Mitchell Library and the City Chambers in Glasgow, but this is the first time both Rolls have been available to the general public to own, and enables those unable to visit the city to fin the details of their ancestors.

The First World War Roll of Honour transcription was the work of David McNay and the late Kevin O’Neill who transcribed and double checked 17,695 entries which listed the name, rank, regiment and address of the men of Glasgow who died in the war. The Second World War volume was completed thanks to the hard work of John and Margaret Houston.

The transcriptions available here to download are an almost identical transcription of the original, with only some details of units and regiments standardised to eliminate confusion - entries with either "Cameronians" or "Scottish Rifles" for example, are now grouped under "Cameronians (Scottish Rifles)" to ensure that the correct name can be found and remove the need to search two names for a single regiment.

Our work on the Glasgow Rolls of Honour is ongoing and our committee member John Houston continues to research and add names which were not included at the time of the original compiling of the Roll. If you believe your ancestor should be included please use the "Contact Us" link to advise us of their details. We will ensure they are passed on and their name added.

Although the Rolls cannot be seen as a completely true reflection of Glasgow’s sacrifice in the war because of the way it was collated, it does give a very good indication of the distribution of Glaswegians through the armed forces.

The Army and the Navy predominantly feature for the First World War, and the local regiments, in particular the Highland Light Infantry, are well represented. The Second World War, due to the nature of the conflict, naturally features a high proportion of airmen in its pages. These airmen served in both Bomber and Fighter Command, and many famous squadrons feature in these pages, including the famous "Dam Busters" of 617 Squadron.

Although neither Roll lists any gallantry awards, some winners of the Victoria Cross can be found. One in particular for the First World War is Lieutenant Colonel William Anderson VC of the Highland Light Infantry. He is listed along with his three brothers Alexander, Charles and Edward who also died. All are listed under their father's address at 18 Woodside Terrace. 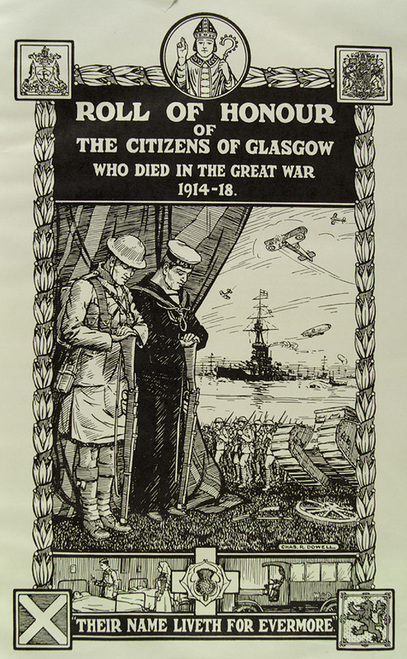